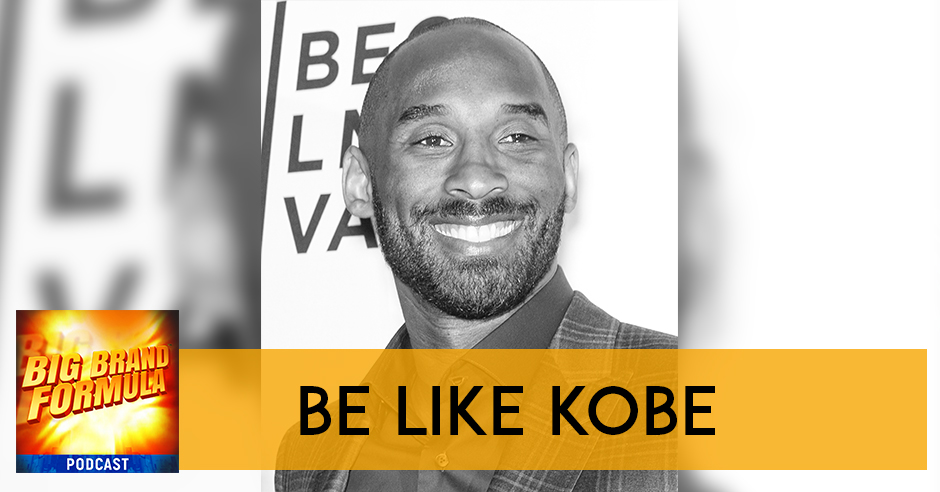 The tragic loss of Kobe Bryant shook the world in unimaginable ways. Now, all that’s left of him, besides his family, is a brand that carries his legacy steadfastly. Gerry Foster takes a look at the legacy of the “Black Mamba,” Kobe Bryant, and how that legacy has positioned his personal brand. More than being just a legendary athlete and outstanding human being, Kobe was his own brand – something he made sure to secure long before. You don’t have to be Kobe, but if you want to achieve success, you have to find your own way to be like Kobe.

I originate this show from Los Angeles, where I am based. As many others, this has been tough because of the horrific helicopter crash that claimed the life of Kobe Bryant and eight others that were on their way to a basketball practice. One of the other eight victims was one of his daughters, Gianna. The tragic loss of Kobe has left a big hole in the hearts of millions of people. Fortunately, Kobe has left a legacy that will endure for many years to come. His brand will leave an impact long after his death. Make no mistake about it, Kobe Bryant was a real bonafide brand. He’s not just some pro athlete or some rich athlete with an endorsement deal, a logo, a shoe deal, a clothing line or anything like that.

I’m not slamming the importance of a logo. I get it. Kobe’s logo certainly has evolved over the years. At one time, he had one I like called the Sheath. It was drawn to resemble the sheath of a samurai sword. Kobe even described the logo. He goes, “The sword is the raw talent. The sheath is the package it’s kept in.” Everything you go through, your calluses, your baggage and what you learn in life. Kobe even had a secret sauce. He had his one of a kind proprietary delivery system. He called it the Kobe System, which was part of an advertising campaign built around his overarching mantra of a tech fast and tech strong, which was in line with how he branded himself as the Black Mamba, one of the deadliest snakes in the world. 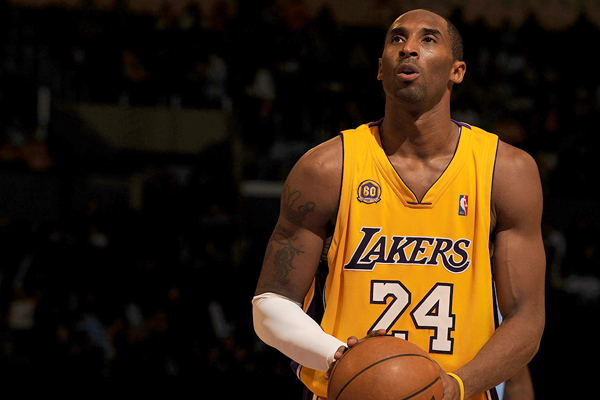 Kobe Bryant: The tragic loss of Kobe Bryant has left a hole in the hearts of millions of people.

On top of that, when Nike created a footwear for him, it contained what was called the Nike Kobe 7 System Supreme, which was a performance footwear system allowing players to adapt and to succeed by customizing the shoe switching ankle support and midfoot cushioning. He was a branding guy. In a nutshell, the Kobe brand was and still is about striving to be more successful and achieve peak success. That was his brand. His personal brand has left a mark on the world and it was the mark on the world that he chose to make. I truly feel that his mark through his brand was demonstrated through the actions he took, not only as a basketball legend and an icon but also as a man and a loving father.

Kobe’s personal brand was exceptional, world-class, top shelf and elite. It had all the key elements that make up a big brand. A brand that truly makes a big difference. What I thought would be appropriate as we reflect on this man and his legacy would be for me to share what I have identified as five critical elements that make up any world-class personal brand. For those of you who are creating your own brand, you want to make sure that you have these in place. If you’re branding yourself and you want to be seen as number one in your specialty and your space, pay close attention to these five big brand elements.

Number one, the Kobe brand was and is memorable, which enables it to stand out in a very cluttered media world. If you’ve got a gift to offer someone, you don’t want to fade into the background. You don’t want to blend into the woodwork. You want to make sure that people notice you and pay attention to you. Number two, Kobe’s brand was a reflection and extension of Kobe himself. It reflects his persona, philosophies, beliefs and wisdom. Number three, it reflects his very unique identity, which helps separate him from other athletes. He wasn’t going to appear like anybody else. He saw that his brand had to be very distinctive for it to be highly recognizable. It enabled him to shape perceptions about how people saw him so that they could see him in the way that he wanted them to see him.

Number four, Kobe’s brand positioned him properly in a very compelling manner, which mattered to a mass amount of people. His brand is about world domination. His brand is beloved around the planet. When it comes to putting something out into the world or into the marketplace that can drive the financial results that you desire, that’s what he was about as well. Number five, Kobe weaved his brand into everything he did, from his Mamba Sports Academy to his clothing line to commercials, even how he ended many of his talks by saying, “Mamba out.” To say that Kobe’s brand made an impact is an understatement. His personal brand without a doubt is one of the most popular, amazing and extraordinary brands that are out there. 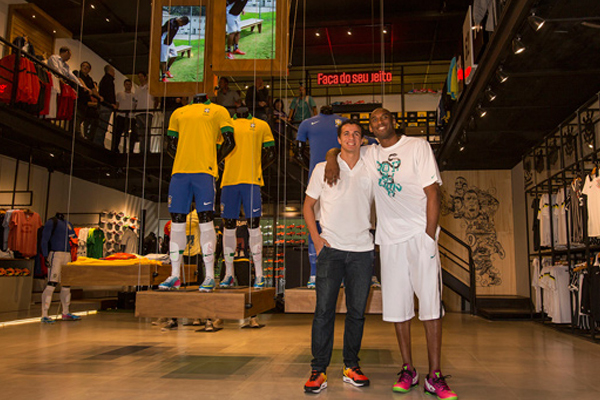 Kobe Bryant: Kobe’s brand was and still is about striving to be more successful and achieve peak success.

I know what some of you may be thinking. I don’t want you to fall into this self-limiting belief thinking, “That was Kobe. I’m hardly Kobe Bryant.” That’s exactly my point. That’s what I’m trying to communicate here. You don’t have to be Kobe. You don’t have to be a famous athlete or celebrity. You don’t have to be someone with riches to make a lasting impact in the market. You have to step up to stand out and show up to show out by nailing down what makes you special. You have to tap into your unique expertise, skills, talents, abilities and gift to the world that you wished to showcase so that your brand’s strengths can shine above the rest of the crowd.

You can be like Kobe. Kobe knew who he was. He was crystal clear about his identity. He knew what came easy to him that was hard for most others. In every game he played for twenty years as a member of the Los Angeles Lakers, he unleashed his super skills and gifts, especially in the big moments that were needed to ensure a victory. If he or his coaches felt there were missing pieces to his game, in other words, his basketball skills, Kobe was known for possessing a relentless work ethic to build skills that were missing by him going to the gym, the weight room, during practice, after practice, on a basketball court, wherever he needed to go and do whatever is needed to be done. In no way was any aspect of his basketball skills is going to contain a weak point. This man set high expectations for himself. He set high expectations for his teammates, which he always delivered on.

His brand had all the key elements that make up a big brand that truly makes a difference. Click To Tweet

He also was smart, not just in terms of his basketball IQ and skillsets. He took care of his body, ate right, lots of exercises, the right amount of sleep every night. He never allowed himself to be in a weekend condition whereby he could not think clearly and performed superbly. He was a true family man as well. His core values were solid. He loved his wife and children, especially his second oldest daughter, Gianna, who was going to take the baton from him and carry on the Bryant family name and be a great basketball player herself one day. She too was killed in that horrific helicopter crash along with the seven other people. Off he goes and off she goes. Be like Kobe. What a better way than to celebrate his legacy. Until next time, take care.